Last night, I dreamt I was the Sister from Nestor with punk pigs, a homely farm girl who was crazy nuts about piggies. Sister was the nickname a gay friend of mine had. Father gave it to him. Nestor is the last name of an impossibly hot, Viking-ish frat guy in college. Punk because I’ve been listening to the Ramones, like nonstop. The pigs factor in because I have strict kosher Jewish neighbors.

I woke up singing the Sister from Nestor with punk pigs, as if it were a well-known, get-stuck-up-in-your-craw commercial jingle, when I was on a trip with mom in Austin to hear Russell Crowe’s band sing, TOFOG. Thirty Odd Foot of Grunts—hear this in a Kiwi accent. Grunts, like the film soundtrack term, as opposed to snorts or farts or toots. TOFOG played country songs with furrowed-brow vocals by King Russell and raging, jangly guitars, but not punk.

If I did have pigs I would adorn them with ‘80s Soho London punk with snout rings, tattoos of Babe, and hurty-to-the eyes hot pink Mohawks. My dad did hair but would never agree to give anyone a Mohawk. He did shampoos and sets and finger pin curls. He wasn’t gay but once someone scratched “FAG” on his car door. It killed me. He died in a car wreck, drunk driver, a few months after mom met Russell.

I don’t have a sister but was in a sorority, so I guess I do have sisters. I’m not married and don’t have children. I’m a dead-end DNA.

Mom is dead now. She met Russell once after a concert. She shook his hand and vowed to never wash it. Her bones dream of him.

Lots of girls I knew were sexually assaulted by frat guys. Especially the frat that was known for coke users and that didn’t admit blacks or Jews.

Mom finally washed her hand after she burned it while frying pork chops she was making for dad. He had a heart attack several days later before he was struck dead by the drunk. Was on his way to CVS to buy his beta blockers. Right before he left, he’d combed mom’s mahogany hair and sprayed it until it was hard like a shellacked wedding cake.

I was assaulted but not by a frat guy. My perp was a bartender who served me five shots of Jägermeister and shaved me down there and I got stubbles for weeks. Wearing pants was hell. I sued him but lost. Swine.

Joey Ramone is dead, too. And Jewish. I always wished I was a Member of the Tribe. My kosher neighbors’ son said he didn’t eat bacon in the house. Only out of the house at Denny’s with his Hebrew school friends.

Writing just after you wake up is like dumping out a messy kitchen drawer. Nothing matches but somehow it all goes together. 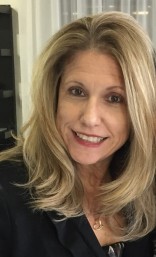 Lisa Johnson Mitchell’s work is forthcoming or has appeared in X-R-A-Y, Fictive Dream, and Cleaver, among others. One of her stories received First Place in the 2021 Button Eye Review Summer Contest and placed in the Top 10 of the 2020 Columbia Journal Short Fiction Contest. Other works have been honored by Glimmer Train, ScreenCraft, and PEN Women. She holds an MFA from Bennington College.